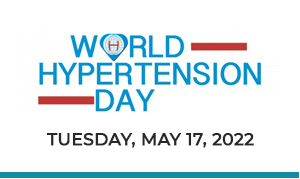 Alliance for Biomedica Research in Europe

A group of key opinion leaders from both the European scientific and political arena have agreed to work with the Alliance for Biomedical Research in Europe (BioMed Alliance) to delineate a vision for how future European research can be structured.

The Alliance for Biomedical Research in Europe (BioMed Alliance) is a unique initiative representing 17 leading research oriented medical societies that include more than 200.000 researchers across Europe. The BioMed Alliance has as a mission to advance and strengthen biomedical research, in particular translational research, which is crucial  for innovation. Success in biomedical research requires a long-term investment as well as sustainable infrastructures. It is estimated that three-quarters of its return on investment of medical research come from its “spill over” effects and value creation to the broader economy. 1) The cumulative economic benefit comes from both the increased contributions of a healthy population as well as by the wealth generated by the health care sector. 2) Furthermore, the Innovation Union Strategy 2020 identified “health and ageing” as one of the major societal challenges of the 21st century.

The European Society of Hypertension has joined forces together with 9 other not-for-profit European organisations, in an unprecedented alliance representing over 100,000 health professionals, to put the case for immediate political action, to reverse the alarming rise in chronic non-communicable diseases which affects more than a third of the population of Europe – over 100 million citizens. The evidence is overwhelming for tackling the four major risk factors for these diseases, as an essential starting point for bringing about a healthier European population.

Chronic non-communicable diseases, including hypertension, cardiovascular, liver and kidney diseases, diabetes and cancers, and respiratory diseases, account for 86% of deaths in the WHO European Region.