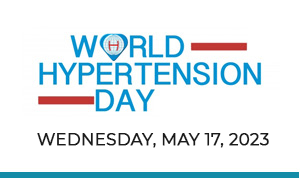 New 2017 ACC/AHA/AAPA/ABC/ACPM/AGS/APhA/ASH/ASPC/NMA/PCNA Guideline for the Prevention, Detection, Evaluation, and Management of High Blood Pressure in Adults

The 2017 ACC/AHA/AAPA/ABC/ACPM/AGS/APhA/ASH/ASPC/NMA/PCNA Guideline for the Prevention, Detection, Evalutation, and Management of High Blood Pressure in Adults which were presented on Monday November 14th in Anaheim, California, at the American Heart Association Meeting – Scientific Sessions 2017 commented by leading hypertenison experts.

Almost 15 years after the JNC-7 hypertension guidelines release, the ACC/AHA updated this JNC official version to a new document. Hypertension was re-defined with a new selected threshold for hypertension diagnosis at 130/80 mmHg. This practically means that within the hour of guidelines presentation in Anaheim, a substantial number of subjects (i.e. those with blood pressure levels ranging from 130 to 139/80 to 89 mmHg) received a de-novo hypertension diagnosis. As a consequence, hypertension prevalence was increased to an extent approaching the rate of normotension in the general population. The epidemiological distortion of having the same rate of diseased with non-diseased subjects is a problematic issue per se.  There is a risk that changing the traditional arbitrary definition of hypertension to another arbitrary one, may create confusion for health-care providers, and much uncertainty to hypertensives. Although the guideline states that the new definition was also based on RCTs of treatment with antihypertensive medication to prevent CVD, the hidden issue is that these RCTs were performed in already treated patients. Different lines of evidence (e.g. normotensive strata of HOPE-3 trial) suggest that subjects with baseline BP <140 mmHg have no benefit from BP lowering.

When I was asked to write a brief comment on the new guidelines I decided to make it more personal.

As a cardiovascular researcher and a big tennis fan, I never had expected that 2017 would be so special. First, Roger Federer won the 18th grand slam title beating Rafael Nadal in the final of the Australian Open in January. His come-back was so remarkable that it somehow inspired me to change my lifestyle. Maybe not completely as it was probably not needed. I was always quite fit, normotensive and never obese, but decided to push my limits a bit harder. I started to exercise more, became more cautious about what I ate and lost a few kilos. My average blood pressure was 128/82 mmHg. I knew it was not “optimal”, but after all for somebody who is almost 55 it was not that bad … I thought: Life is good! Actually, it was good. It was good until November when I learned that I overnight I had become hypertensive. Maybe not a shock, but obviously bad news! But then I tried to cope with the new situation: Hey, look on the bright side. It is just stage 1 hypertension. It might have been worse. A few more mmHg of diastolic blood pressure and it would have been the most advanced (stage 2) hypertension.

If my overall cardiovascular risk had been higher, I should have been taking antihypertensive pills. Then I would probably ask: where is the evidence that it provides any benefit? But I do not have to ask this question. My overall cardiovascular risk is (fortunately) low precluding any other (pharmacological) form of intervention. Therefore, I am encouraged by the new guidelines to focus more on lifestyle as the only management option. There is always some space for improvement. I can probably exercise 15 instead of the previous 10 hours a week, drop salt consumption from 8 to 5 grams a day, abandon a few glasses of wine during weekends, and decrease my body mass index from 24 to 22 kg/m2. Would it help to decrease my diastolic blood pressure? I hope so. It would be nice to become normotensive again. Unfortunately, even if I am successful in my efforts, I will forever remain a normotensive with a personal history of the 2017 US guidelines-driven hypertension. Time will tell whether the 2018 European guidelines will erase this hypertensive event from my medical records.

The new AHA/ACC guidelines are an extension of the JNC7 with updated data and much more in-depth focus on BP measurement and process. The lower BP goal was to try and identify people at higher CV risk who would have a reasonable BP, hence the focus on using the ASCVD calculator. If BP is measured in the way they state, values will be lower and the chance for white coat hypertension reduced. Also, medications are NOT warranted unless there is a greater than 10% 10 year CV risk. Hence, the new guidelines are thoughtful and will require more dedicated clinician time to be assessed correctly. They are an advance, however.

Love the new “2017 High Blood Pressure Clinical Practice Guideline”. Right on spot. The authors redefine not only the definition of hypertension, but also the threshold to initiate therapy and the appropriate target of treatment.  The new definition of hypertension, a systolic BP≥130mmHg is very appropriate. We have long known that CV risk begins from a systolic BP of ≥115 mmHg. We now have evidence that in high risk patients targeting systolic BP<130 mmHg and in some patients’ close to 120 mmHg is beneficial.  Recent estimates calculated that >107,000 lives can be saved if we implement that recommendation, let alone stroke and heart attacks.  Emphasizing the correct methods of BP measurement is another great contribution of the new guidelines. Keeping things simple is very important for the successful treatment of large populations.  We need to remind our expert colleagues and teach our younger trainees and health care professionals how to measure BP the right way.  We now have an expanded, much larger hypertensive population, and a lot more patients to treat. We need to do it together worldwide.

The monthly ESH guide through publications

This montly collection features concise summaries of recently published articles dedicated to the most current research on hypertension and related diseases.​